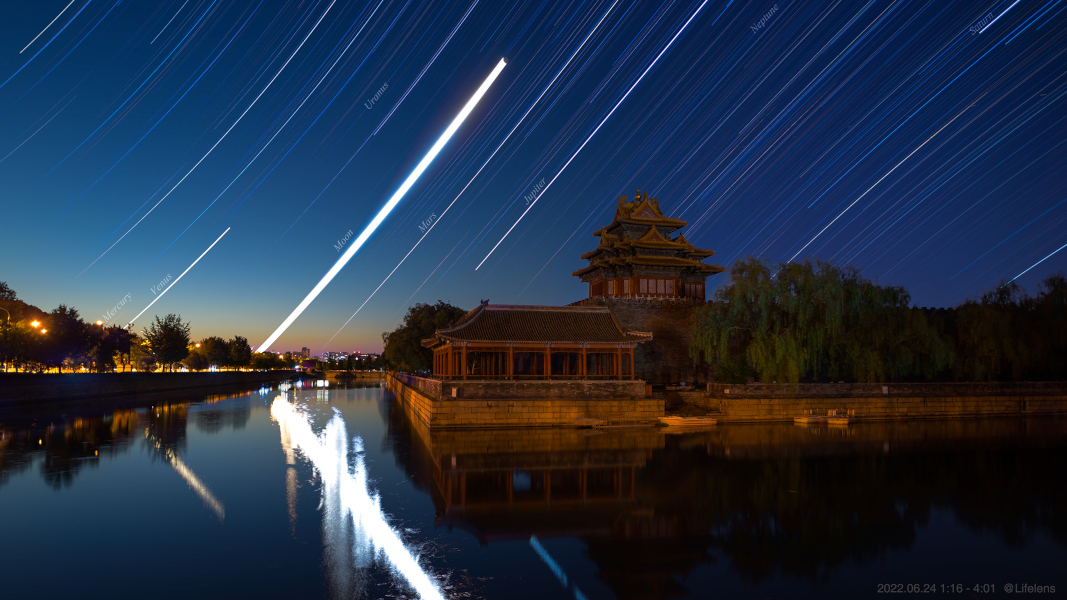 Stars trail through a clear morning sky in this postcard from a rotating planet. The timelapse image is constructed from consecutive exposures made over nearly three hours with a camera fixed to a tripod beside the Forbidden City in Beijing, China on June 24. Arcing above the eastern horizon after the series of exposures began, a waning crescent Moon left the brightest streak and watery reflection. On that date the planets of the Solar System were also lined up along the ecliptic and left their own trails before sunrise. Saturn was first to rise on that morning and the ringed planet's trail starts close to the top right edge, almost out of the frame. Innermost planet Mercury rose only just before the Sun though. It left the shortest trail, visible against the twilight near the horizon at the far left. Uranus and Neptune are faint and hard to find, but mingled with the star trails the Solar System's planet trails are all labeled in the scene.